How to Handle a Paternity Dispute 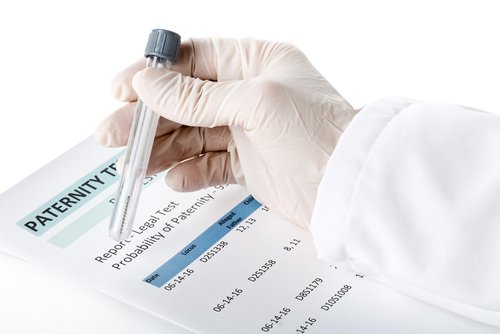 20 Mar How to Handle a Paternity Dispute

If you are going through a relationship split that involves a child, then you could find yourself in the middle of a paternity dispute. The situation can be overwhelming and stressful. However, there are a few things that you can do to limit your stress and to get you a good outcome. Here is everything that you should know about handling a paternity dispute.

What is a Paternity Dispute?

Before you understand how to fight a paternity dispute, you need to understand the definition. A paternity dispute occurs when there is no legally listed father of a child. If the alleged father wants custody of his child, then he needs to prove his paternity. Likewise, a mother needs to prove paternity if she wants to get child support from the alleged father. If there is any controversy between two parents, then it is important to determine the father of the child.

Proving paternity might sound simple. However, the process can be difficult. Your dispute could result in a legal battle. To win that battle, you need proof. Sometimes, this means getting a blood test that proves whether or not the alleged father is the actual father. A judge could require an individual to get a blood test. After a technician takes the sample, a lab can test the DNA to determine whether or not he is the father.

Once a judge knows the results of the DNA testing, he can work towards resolving the paternity dispute. Or, in some cases, you and your partner can come to your own resolution.

As with most aspects of law, paternity can be a gray area. The biological father is not the only individual who can be a child’s legal father. In some situations, another man is the father. These unusual situations can become very complex. Often, they lead to heated legal battles. Here are a few examples of situations in which determining paternity is complex:

1. There is a presumed father

2. There is an equitable father

3. There is an unwed father

If you and your partner had a child together but did not marry, then paternity falls under this category. Often, unwed fathers have fewer rights than married ones. However, they can fight for their rights in court.

What Should You Do?

If you find yourself involved in a paternity dispute, then you need legal help. Whether the father is biological or not, the case could be complex. It requires the expertise of a family lawyer. With help, you can fight or prove your own paternity to get the rights that you want.

If you need to prove your paternity for visitation rights, then a lawyer can instruct you on the next steps that you need to take. It may be necessary to give a blood sample. If you are not a biological father, then your lawyer needs to prove your paternity in another way. The right strategy is dependent on your situation and your state of residence.

In some cases, you might want to disprove your paternity. A child’s mother could come after you for child support. If you are not the true father, then you have no obligation to pay that child support. Once again, your lawyer can help you resolve your paternity dispute. He might use a DNA test to prove that you are not the biological father. Often, this is a simple solution to the problem.

If you don’t want to be responsible for child support or visitation, then your lawyer can help you challenge paternity. There are several ways that he can do this. For one, he can show that the lab tests were tainted in some way. Similarly, he could show that there was fraud during the testing process. Another option is to prove that you were infertile or sterile at the time of the conception. Finally, he might be able to prove infidelity.

With a great lawyer, you can find the right strategy. Don’t hesitate to get the legal help that you need and deserve.